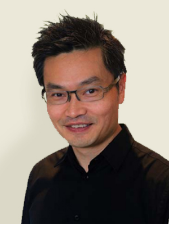 Prior to ProphetStor, Dr. Siu was Broadcom’s Managing Director for Greater China of the Processors and Wireless Infrastructure BU (2012-2015), President and General Manager of Asia Pacific at NetLogic (2009-2012, acquired by Broadcom for US$3.7B in 2012), and a co-founder and President of Asia Pacific at RMI Corporation (acquired by NetLogic for about US$200M in 2009).
Twitter
Linkedin